As far as Italian wine regions go, it’s hard to beat Barolo. Crowds are thinner than in Chianti, the food better than in Friuli, the landscape lusher than in Umbria or Sicily. In the heart of Italy’s northwestern Piedmont region — a gastronomic paradise famous for its rich pastas and white truffles that are in season right now — this noble wine region encompasses the town of Barolo and 10 nearby municipalities. In addition to producing the most venerated of Italian wines — the robust, age-worthy Barolo — the region is also a delight to visit, especially in autumn after a trip to the annual truffle festival in the nearby city of Alba. Along winding roads that climb steep hillsides blanketed with neat rows of nebbiolo vines, there’s always an ancient castle up ahead, or a world-famous wine estate, or a storybook hamlet with swoon-worthy views. Just bring an appetite.

For an overview of the region, begin in the village of La Morra, atop a ridge in western Barolo. Stroll through the handsome historic center, past Baroque churches and corner wine shops, to Piazza Castello, the town’s scenic — and recently refurbished — main square. From here, the panorama spans vineyard-striped valleys, faraway villages and the distant snow-capped Alps. For an even better vantage, climb to the top of Torre Campanaria (free), an 18th-century brick bell tower beside the square that affords visitors unobstructed views across the terra-cotta rooftops and beyond. Later, head down the street to the Cantina Comunale di La Morra, a community wine shop representing local producers, where you’ll often stumble upon festive cultural events, from art exhibitions to all-are-welcome wine tastings with local musicians playing to Barolo-sipping crowds outside.

Wind down the hill from La Morra and through the rolling vineyards to the Chapel of Barolo, which is actually an art installation, also known as the Chapel of Sol LeWitt and David Tremlett, after the artists who transformed what was originally a one-room brick shelter into a work of art. Perched on a crest overlooking the vines, the color-splashed structure is now a popular destination among hikers, picnickers and photo-takers, thanks to its vivid facade, an off-kilter rainbow that stands in stark contrast to nature’s muted hues.

Amid the vineyards on the edge of La Morra, Locanda Fontanazza is a superb restaurant where the innovative menus evolve with the seasons. Inside the split-level dining room — stylishly rustic with a central fireplace and large windows — a recent meal began with soft housemade focaccia and a sublime carne cruda, hand-chopped veal tartare seasoned at the table. Glistening ravioli del plin, a traditional meat-stuffed Piedmontese pasta, were instead filled with buttery snails and berbere spices. And for dessert, an icy scoop of gin granita topped chamomile-infused crème brûlée. In good weather, ask for a table on the pergola-framed terrace outside. Dinner for two, about €70, or about $78. 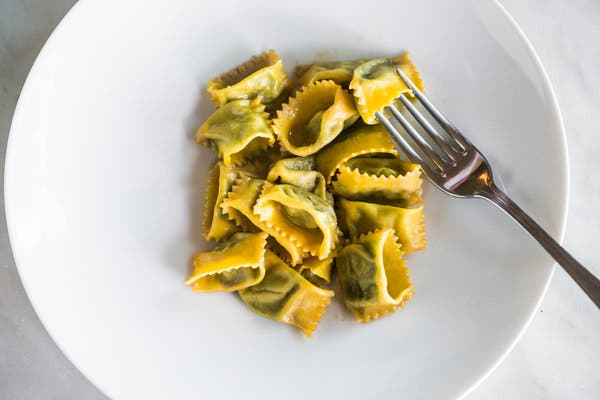 In 2018, the medieval village of Monforte d’Alba earned a spot on the exclusive list of “I borghi più belli d’Italia,” or “The most beautiful villages in Italy,” which honors small towns of exceptional beauty and cultural value. It’s easy to see why in the historic center, where steep cobblestone lanes are lined with ocher-and-peach palazzi and rosebushes bloom around every bend. Climb to the town’s apex to find Auditorium Horszowski, an open-air theater whose grass-covered steps are flanked by a faded-pink oratory and a soaring brick bell tower dating to the 13th century. Named after the Polish-American pianist who inaugurated the venue in 1986, the site is said to have perfect acoustics, and hosts an annual summer jazz festival, among other musical and theatrical events. 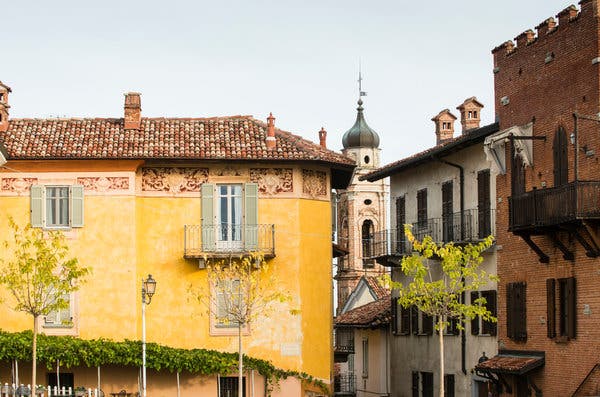 Wine lovers dream of a visit to the region’s premier producers, to explore the dusty cellars of Cantina Bartolo Mascarello, perhaps, or to discuss the merits of aging in barriques (small oak barrels) during a tasting session with Elio Altare. Whatever your depth of knowledge, one of the warmest welcomes in the area awaits at G.D. Vajra, a family-run, biodynamic winery in the hills above Barolo town. Tours of the cantina are led by Milena, the engaging matriarch, and her amiable daughter, Francesca, who intersperse explanations of terroir and winemaking techniques with family lore. Visits conclude with a tasting of Vajra’s celebrated wines, from a silky nebbiolo and balanced Barbera d’Alba to an elegant single-vineyard Barolo with hints of violet. Tour and tasting, €20; reservation required. 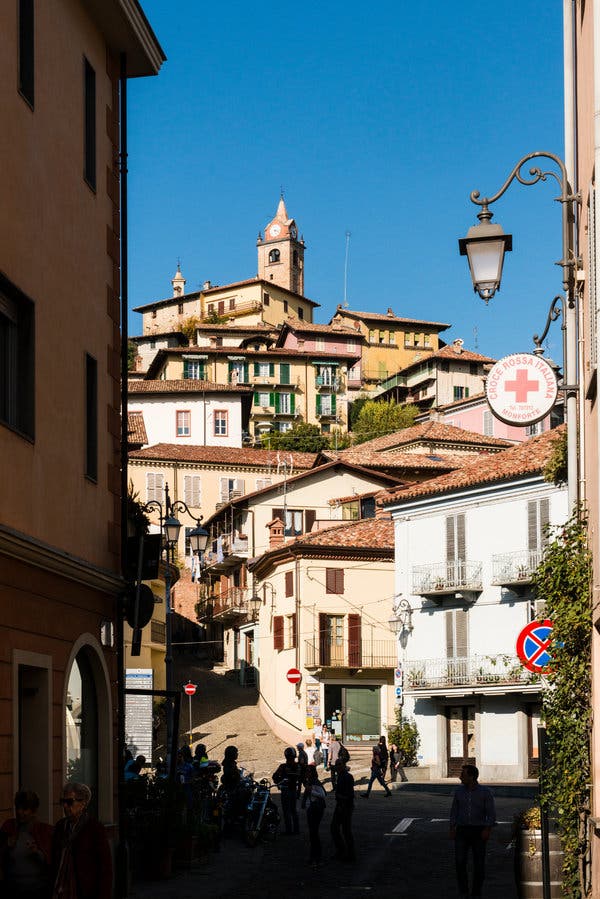 Suffering nebbiolo fatigue? A few miles north, in the municipality of Verduno, a handful of vineyards also grow pelaverga, a rare grape variety native to the region that produces a light, easy-drinking red with hints of strawberry and spice and — if you believe the locals — aphrodisiac qualities. Decide for yourself over lunch at La Cantina Wine Bar, a corner cafe serving weekend lunch specials. At a table on the breezy porch, start with a glass of Fratelli Alessandria’s fruity Verduno Pelaverga, then nibble through a selection of seven local cheeses or dig into a bowl of gnocchi al Castelmagno, Piedmont’s decadent twist on mac and cheese. Lunch for two, about €30.

On a hill about four miles east of Verduno, Castello Grinzane Cavour looks like a fairy-tale castle with its stately towers and faded red brick facade. This ancient fortification, dating to the 11th century, is today a Unesco World Heritage Site and home of the annual World Alba White Truffle Auction, where truffle enthusiasts from around the globe gather in late autumn to bid on the season’s choicest specimens. (In 2018, a tremendous tuber weighing nearly two pounds sold for €85,000.) Head inside to explore the Museo delle Langhe, an ethnographic museum detailing the region’s food and wine traditions (admission, €6), then wander the tranquil, well-tended grounds for sweeping views of the surrounding vineyards.

Before dinner, work up an appetite strolling through Serralunga d’Alba, a sleepy village where medieval streets radiate from a slender brick castle with tall watchtowers. For a multicourse feast, reserve a table at Osteria Tre Case, an elegant bi-level restaurant with a series of wood-and-stone dining rooms that’s run by a young local couple. A set menu of Piedmontese specialties includes an outstanding tajarin, a thin ribbonlike pasta made, according to tradition, with 30 egg yolks, and served with hearty sausage ragù (four courses, €40). Or for more conviviality, duck into the downstairs dining room at Vinoteca Centro Storico, a nearby wine bar, for platters of hand-sliced prosciutto and creamy burrata, a few simple pastas dusted with grated white truffles, and one of the deepest wine lists in the area. Dinner for two, without wine, about €40. 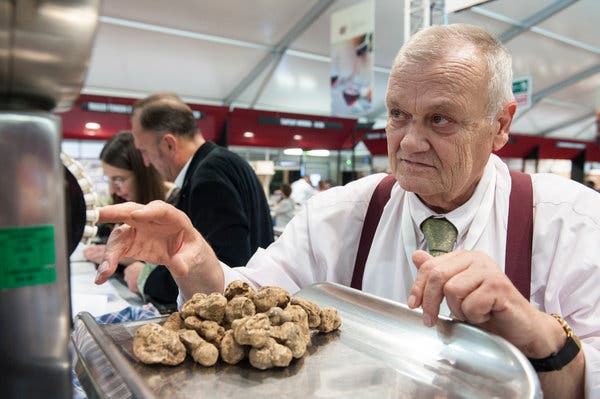 Never mind the hilly terrain. A network of sentieri, or hiking trails, crisscrosses the region, beckoning mountain bikers, joggers and Sunday strollers into the vineyards and surrounding nature. One lovely route begins in Barolo proper and heads south out of town. Red-and-white trail markers lead to an undulating dirt path that climbs through vineyards, past the occasional goat and along a winding road to the quiet hamlet of Novello, about two-and-a-half miles away. Seek out the ornate neo-Gothic castle (now a hotel) at the far edge of town, and admire views of the distant Alps before returning to Barolo through the vineyard-strewn hills.

Back in town, meander along Barolo’s cobblestone lanes toward the ancient castle, an ocher-hued fortification with history dating to the 10th century. Originally a defensive fortress, this towering edifice later served as a country home for the wealthy Falletti family, among other things, but today houses WiMu, the Barolo Wine Museum, where interactive exhibits explore wine through scientific, cultural and historical lenses (admission, €8). For more wine-adjacent history, pop inside the neighboring Museo dei Cavatappi, a tiny museum chronicling the evolution of the corkscrew, from 18th-century, T-shaped pulls, many with curiously phallic designs, to the efficient wine key and rabbit-style tools used today (€4). 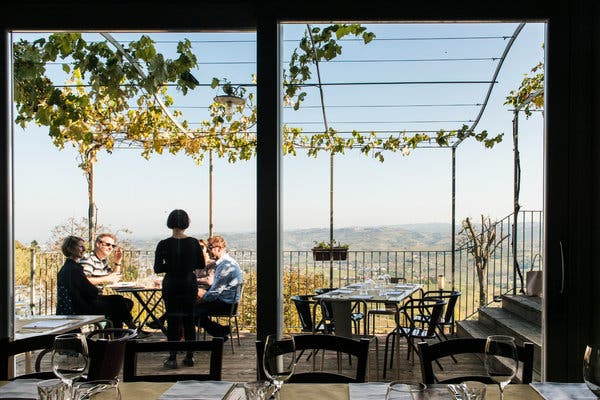 Whether you’re looking to buy a bottle or just want a quick sip and a snack, La Vite Turchese should be your last stop before leaving Barolo. This welcoming enoteca excels at personalized wine tastings, so ask to compare barberas from Alba and Asti. The staff, as friendly as they are knowledgeable, will pinpoint vineyards on a map, chat about tasting notes, and handpick accompanying snacks, such as local salami, crunchy taralli crackers and ash-covered goat cheese from the region. The two-room bar doubles as a shop stocked with thousands of bottles, so those who like what they taste can also take a bottle (or case) to go.

In the center of the town of Barolo, Casa Svizzera Agriturismo is a six-room bed-and-breakfast run by the Germano family, well-known winemakers in the area who also operate an adjacent wine shop. Some of the recently renovated rooms, including a top-floor suite, have small balconies overlooking the town square (Via Roma, 65, Barolo; casasvizzera.com; doubles from €110).

In the oldest part of Monforte d’Alba, Le Case della Saracca is an intriguing property with a bed-and-breakfast and a restaurant tucked within a series of medieval structures. The six guest rooms, some with fireplaces, bring modern comforts to the Middle Ages (Via Cavour, 5, Monforte d’Alba; saracca.com; from €148).

Rental homes large and small are available throughout the region. Recent offerings on HomeAway included a modern apartment in central La Morra (from €95 per night) and a two-bedroom vacation home in the hills outside Monforte d’Alba (from €133). 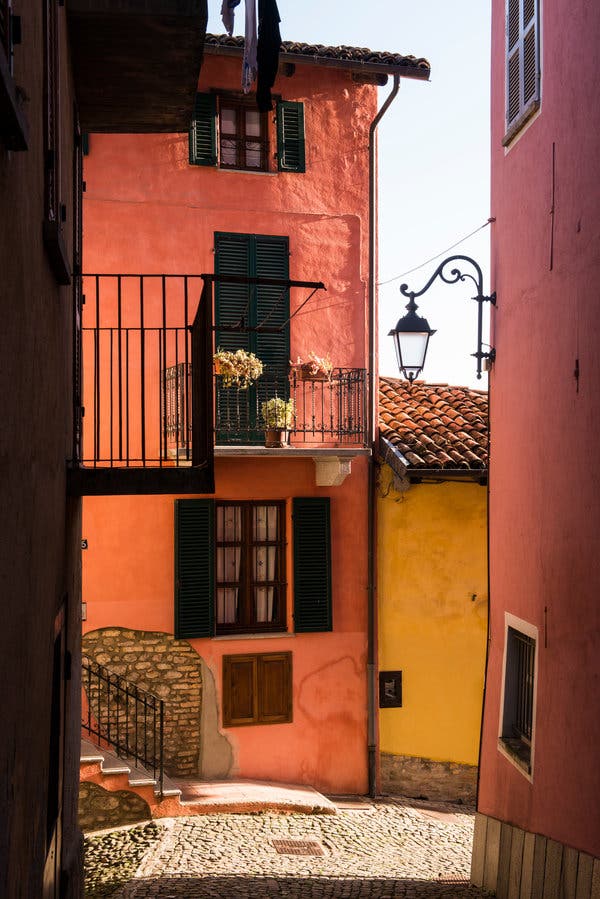