Back again in Rome, love this city!  Spent a fun eleven days, end of February / beginning of March, but wouldn’t recommend this time of year.  Especially this year with the polar vortex moving over Western Europe.  While we were there Rome had the 2nd snowstorm in 30 years (and freezing temperatures).  And they certainly weren’t prepared for it as the city shut down and everyone was out sledding and enjoying the numerous sites and wine bars (I actually saw one shop owner out with table salt / salt shaker trying to salt the sidewalk)!  It turned out to be a blast as the whole city was partying, but much prefer it a bit warmer.  Wanted to share our new experiences, both sightseeing and dining.  Please refer to my other two Rome posts for the rest of our adventures on past trips.

General tip on taxi’s.  Rome Shuttle, www.romeshuttlelimousine.com +39.348.5141.804, is the cheapest car service to get from the airport to your hotel in Rome (and back to the airport). For short trips within Rome download either My Taxi or It Taxi.  I have been ripped off a couple of times when I hailed a taxi on the street but these two app’s have been pretty reliable.

Visited all our favorite monuments and museums and went into detail about them in my other Posts, but also hit a few new ones that we loved.

Necropolis under the Basilica of St. Peter –  You need to apply for tickets well in advance and use the link http://www.scaci.va/content/scavi/en/ufficio-scavi.html for instructions.   These are limited special visits to the Basilica, where the tomb of St. Peter is located, and only possible following special permission granted by the “Fabbrica di San Pietro”.  Visits are organized according to the schedule set by the Excavations Office and they only take 12 people down per tour. We thought it was fascinating and you should definitely try to get tickets.

The Vatican Necropolis lies under Vatican City, at depths varying between 5–12 meters below Saint Peter’s Basilica. The Vatican sponsored archaeological excavations (also known by their Italian name scavi) under Saint Peter’s in the years 1940–1949 which revealed parts of a necropolis dating to  Imperial times.  The work was undertaken at the request of Pope Pius XI who wished to be buried as close as possible to Peter the Apostle. It is also home to the Tomb of the Julii, which has been dated to the third or fourth century. The necropolis was not originally one of the underground Catacombs of Rome, but an open air cemetery with tombs and mausolea. The Vatican necropolis was originally a burial ground built on the southern slope of the Vatican Hill, adjacent to the Circus of Caligula. In accordance with the Roman law, it was forbidden to bury the dead within the city walls. For this reason, burial grounds sprang up along the roads outside of the city cemeteries. One of these streets, the Via Cornelia, ran north along the Vatican hill. 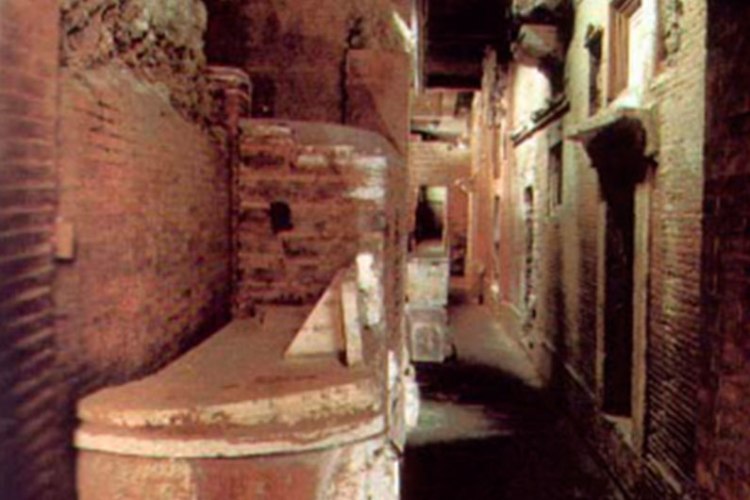 Altemps Museum – Missed this museum on my other trips even though as one of the National Rome Museums, Palazzo Altemps was on the same entry ticket as some of my other favorites — Palazzo Massimo and Crypta Balbi.  So this time went to all three.   Palazzo Altemps is a stunning 15th-century palace (with foundations that date back to an ancient Roman house) just around the corner from Piazza Navona. In 1568, a German cardinal with a love of  ancient sculpture purchased it and began collecting.  Some pieces are in other museums, but the ones that remain are extraordinary.  They are back dropped by fresco covered rooms with painted, wood-beamed ceilings – breathtaking.   And the museum might be the best kept secret in Rome…it is always nearly empty.

Palazzo Barberini – National Gallery of Ancient Art, I would skip this stop on  your itinerary…found it boring compared to all the other wonderful museum’s you can visit.

Pompeii – decided to do a day trip to the ancient Roman city of Pompeii as I hadn’t been there for 30 years.  And the excavations have been vast since my last visit, with more to come.  Mount Vesuvius, the active volcano near the Bay of Naples in Italy, is hundreds of thousands of years old and has erupted more than 50 times. Its most famous eruption took place in the year 79 A.D., when the volcano buried the ancient Roman city of Pompeii under a thick carpet of volcanic ash. The dust “poured across the land” like a flood, one witness wrote, and shrouded the city in “a darkness…like the black of closed and unlighted rooms.” Two thousand people died, and the city was abandoned for almost as many years. When a group of explorers rediscovered the site in 1748, they were surprised to find that underneath a thick layer of dust and debris, Pompeii was mostly intact. And you can see it today – fascinating, as well as letting us know how fragile life is.

We used a wonderful tour company, Mutotravel, http://www.mutotravel.it, recommended to us by our hotel Concierge, and booked a private tour of the site (was very reasonable compared to the other tours we inquired about).  We took the train from Rome to Naples (only an hour) and was met at the train station by our driver.  He took us on the 1/2 hour drive to Pompeii, introduced us to our guide, waited and took us back to the train station.  He also recommended a delightful restaurant for lunch before our departure. Highly recommend using them.

The recommended restaurant, Mimì alla Ferrovia, in a sketchy neighborhood a couple blocks from the train station, Via Alfonso D’Aragona, 19, was even listed in Michelin “This historic restaurant has been frequented by numerous famous personalities over the years, as the photos on the walls testify. The cuisine focuses strongly on Neapolitan specialties, offering a selection of traditional fish and meat dishes. An obligatory stop on any trip to Naples!”  And we agree.

New Restaurants Discovered and Ones Revisited 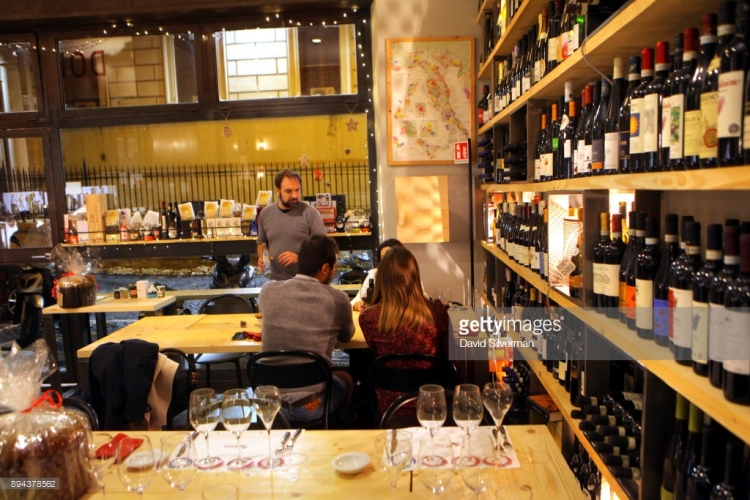 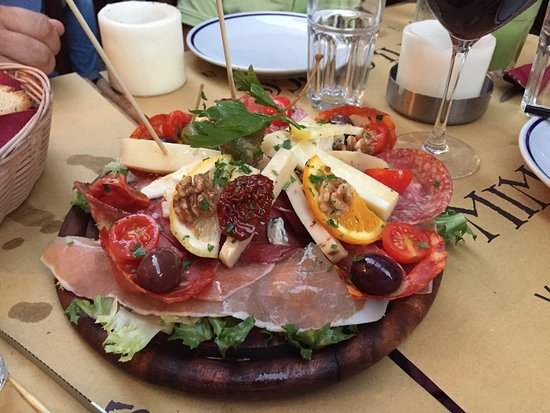