Don’t just expect to find Southern cooking in Atlanta, but a true culinary delight of every sort from 4 Star restaurants to secret hole in the wall eateries.  A foodies delight. 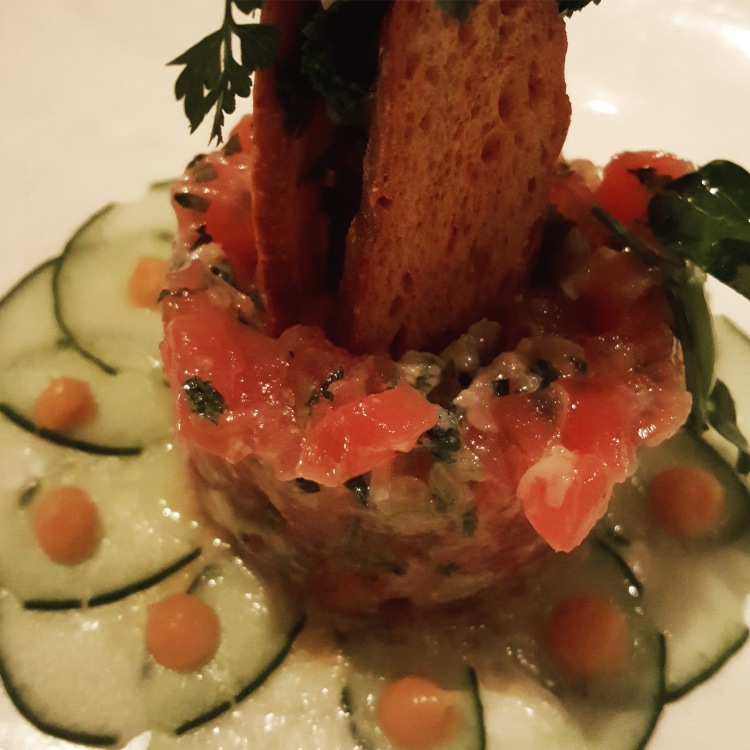 Chef Brian So, previously of Sobban, opened a new restaurant in April. Of course it is  “seasonal” and “local” but in So’s hands this really means something and his new Southern cooking is excellent.

I used to love his restaurant on my trips to Atlanta, but unfortunately he disappeared from the culinary scene for quite a while.  Well he is back, and chef Art Hayakawa opened his renovated restaurant in March. It is an omakase restaurant, so sit at the bar so you can view the scene.  Hayakawa Japanese food is the best in Atlanta, so reservations in this small dining room are a must (and plan way ahead of time).

South Korean barbecue in a very small space with limited seating, but the food certainly makes up for the lack of decor and seating room.  Both the Korean / Southern BBQ and sides are perfect.

Truly one of the great chefs in Atlanta.  Ryan Smith’s food is inventive but not gimmicky, locally sourced from the best sources, and wonderful to eat!  Though it is very popular and hard to get a reservation, keep trying as it is WORTH IT!   Don’t miss the beef tartare with smoked salmon flakes, chicken liver mousse topped with burnt honey gelée or Sunday brunch where he, thankfully, goes beyond eggs and pancakes.  Try the  cauliflower with puffed wheat or octopus sausage with Japanese furikake seasoning.

Situated in a Westside loft, this restaurant is a great place to drink as well as dine.  Chef Steven Satterfield’s loves Georgia and shows it with his Southern takes on most dishes. You must order the farm egg baked in celery cream with thick grilled bread and the butter bean hummus with housemade lavash for a starter. As good as it sounds.  Then continue with any of the mains and you won’t be disappointed.

Chef Christoper Grossman has gone straight up to the top of the culinary world in Atlanta in the two years he has been opened.   The atmosphere is beautiful with original works by Picasso and Matisse on the walls, but the food is the real star.  His fried oysters spiked with pepper jelly are simply wonderful , his corn stuffed agnolotti garnished with baby Chanterelles is hard to describe…it must be eaten, his lobster is dressed with creamy sesame sauce, and he cooks the best classically roasted duck in the city. 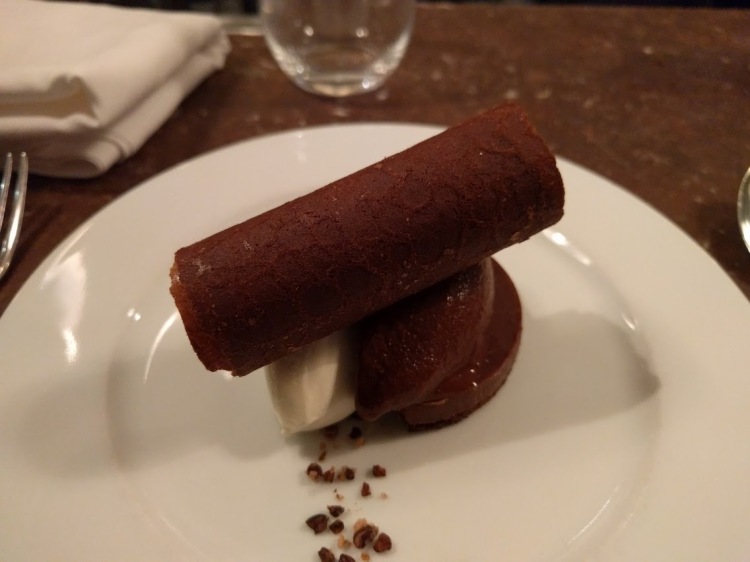 http://bscracklinbbq.com – Bryan Furman is a whole-hog guy, and he makes the greatest barbeque in town.  Get the pulled-pork plate with coleslaw and okra.

Anne Quatrano and Clifford Harrison, Star Provisions empire, moved their #1 restaurant to this new location with Joe Schafer as executive chef.  Schaefer has brought a simple approach to Southern produce: Sunchokes and greens sauted wtih a dash of benne seeds, and Georgia Gold cheddar colors a crunchy salad of endives and apples. Straight forward and heaven to eat.  The wine list is playful with lots of domestic wines well priced.

Also from  the Star Provisions empire, and yes their cakes and ale are great, but they serve a lot more than that.  It is a great foodie find where chef-owner Billy Allin serves innovative new American dishes that can still surprise.  Order anything, it is all fresh and delicious and don’t miss his featured cocktails…all served in a very casual setting.

Atlanta isn’t a town where you find great Italian restaurants, but occasionally you find one that is noteworthy.  And Bocca Lupo is that one, a small neighborhood place run by Bruce Logue (who trained at Bricco in Boston, and sous chef under Mario Batali at Bobbo). Order any of his hand-cut and extruded pastas and don’t miss the mortadella and octopus as the contrast in texture is a work of genius. Per their website, an undercurrent of chefs have begun to embrace Italian-American “soul food” cookery and Logue is right there with them, melding his grandmothers’ backyard garden sensibilities with classic techniques.  The menus resemble something you would find in a home kitchen in the North End of Boston, Brooklyn’s Bay Ridge or Central South Philly.

Yes, they serve small plates, that have international flare, but they are really good.  As are the craft cocktails, and beer and wine selection (if mainly domestic).  The setting is beautiful and is very busy (reservations a must).  They do a seasonal menu with the best of Georgia’s offerings for that time of year.  I was there in Summer when Georgia peaches were featured…will definitely go back at this time of year.

3050 Peachtree Road NW, 404.841.0040
Although Atlanta has a fairly large Japanese population, most Japanese and / or sushi restaurants aren’t very good.  But at chef Fuyuhiko Ito’s restaurant the fish, and everything else you are served, are top quality.  The decor is modern with a quiet, inviting cocktail lounge, Himitsu.  Of course with quality comes restrictions, and you need a reservation and code to enter the lounge but they practice the strict ritual of a Japanese bar (American style).

Pizza heaven is a great description for this Naples style relaxed restaurant.  It is pretty close to the “real stuff”  When it come to the Neapolitan pies.  You dine communally in the kitchen amid the chefs and ovens and feels like you are part of the staff, but with benefits…you get to eat the pizza hot from the oven!  Oh yes, the extra bonus is it’s BYOB.

Top Chef alum Kevin Gillespie opened this casual, fun restaurant in Glenwood that is a cross between a “Brazilian churrascaria-meets-dim sum eatery” with rock music and ticketed reservations. Diners sit at communal metal tables while chefs roll trolleys around the dining room featuring small plates from the kitchen. Cocktail ‘s are served in similar fashion with a roaming bar cart and prepared at your table.  The menu changes constantly but usually has his favorites; faux beef bone marrow, Buffalo chicken livers, French-style mussels with beef fat fries, a very different spin on beef Wellington or duck legs in red curry sauce. Enjoy the evening as it is certainly an entertaining one!